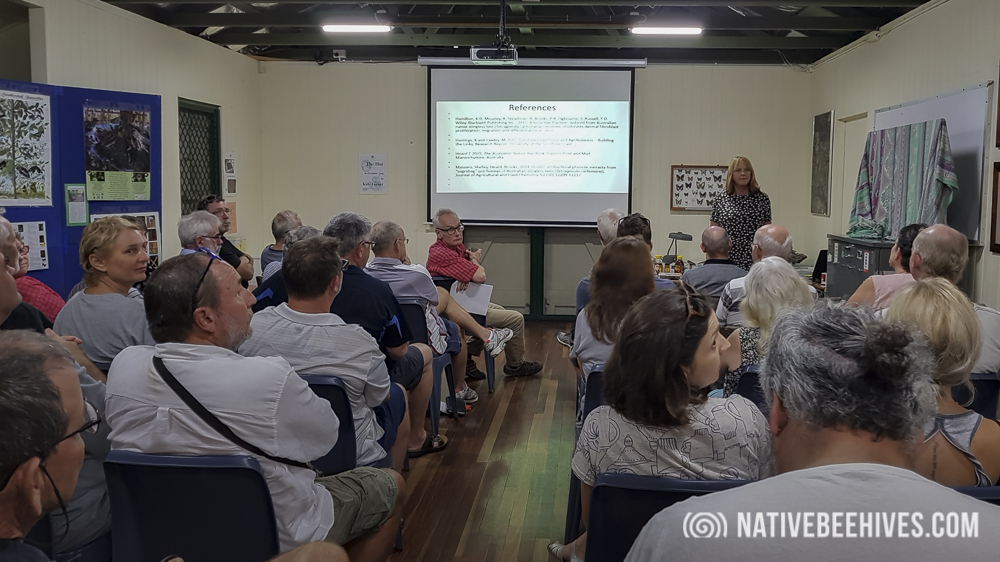 Ann Ross from Hive Haven described her journey from her first hive and through the development of the current Hive Haven product, version 9 were Hive Haven has recently received grants to develop the box and other Native Bee products further.  The box has a 70mm void area which can be filled with liquid or soft solids for insulation.

Ann says they have 55 populated hives scattered around the local area, some are located in retirement villages and eldery peoples properties which creates new interests and gives the caretakers renewed enthusiasm for gardening.

Hive Haven is looking at various aspects of the Native Bee industry besides just selling the Bee Hive. They’re also interested in developing products that involve the Propolis as well as Honey. One major issue with selling Native Bee Honey is shelf life. The honey has a higher moisture content which leads to fermenting. 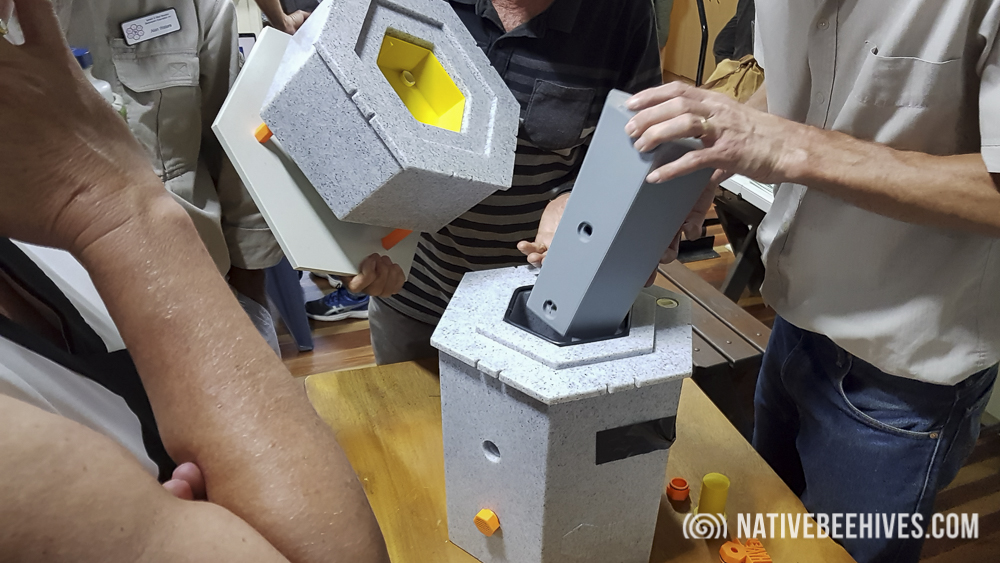 Richard Piper talked about his recent trip to Malaysia where he saw hives being kept in Bamboo tubes and is trying to develop this idea further on his own property in North Qld, he calls the Bamboo tubes “Bambee”. Richard said Small Hive Beetle has had a big impact on the local feral honey bee populations so he’s looking to do more work with other pollinators. He is also worried that farmers in the area find it more cost effective to bring in Native Bees for pollination of Avocados then spray the crops which kills the bees. Avocados cost more than native bees so the bees seem disposable once they have performed their pollination task.

Tim gave a quick talk about his recent trip to Indonesia where he visited small villages and discussed pollination issues with the local produce farmers. Onions and Shallots need more pollination so they’re looking at possibilities of Blow Flies and Stingless Bees.
Another issue in the local area is people cutting trees down to acquire Stingless Bee Colonies so they can sell them to Stingless Bee Honey Farmers. By cutting the trees down reducing pollination in the immediate areas and they’re also removing habit for other critters.
Brisbane Native Bee Keepers Club – http://www.bnbeec.com.au/
Tagged ANBA Ann Ross Hive Haven Australian Native Bee Association Brisbane Native Bee Keepers Club

In The Shed with Doug Irvine – Video Series