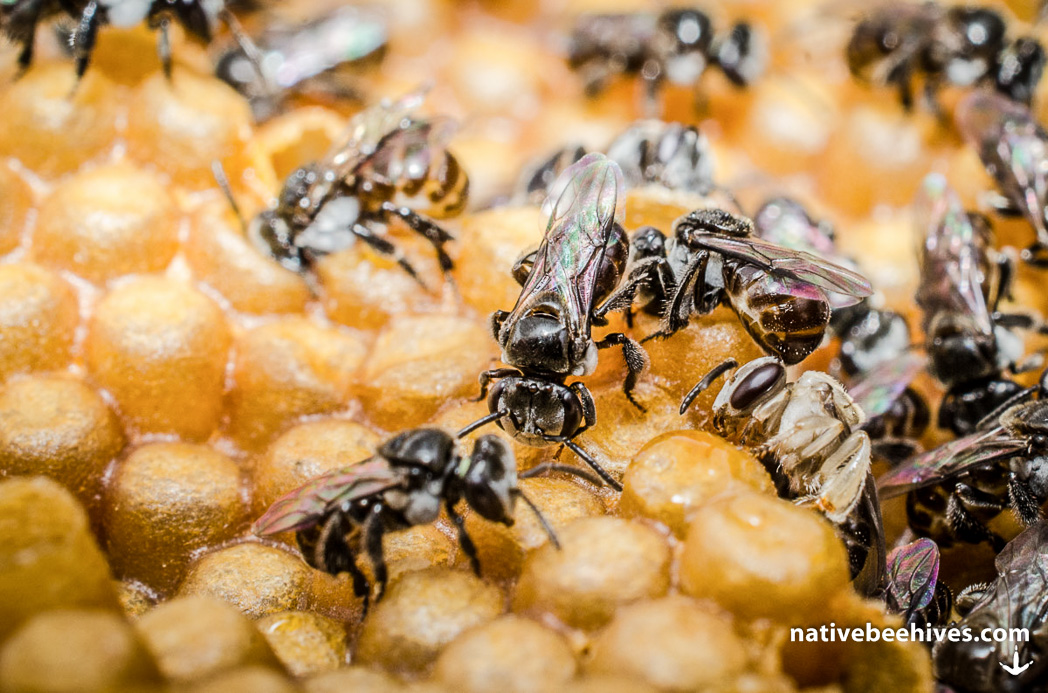 We have 11 described species of Stingless Bees in Australia and more that have been discovered but not yet named. This article covers one of the most popular species that people will keep in their back yards – Tetragonula carbonaria – common to Brisbane and Sydney.

Healthy colonies can contain 5000 to 10,000 bees – with one mated Queen. The Stingless Bee Queen will not leave the hive. Once she has mated she will become much larger than the other Bees and can’t fly. Life span of the Queen could be from one year to four years. The Queen could lay 300 eggs per day.

Stingless Bees have a “single use” brood cell (European Honey Bees use the cells over and over) The photo shows the brood spirals and cells. This hive has been split and this level of the brood is called the “Advancing Front”. It’s where the brood is being built, or progressing upwards. You can also see the open cells ready for the Queen to place an egg in to.

The Bees will spend roughly fifty days developing in the brood then one hundred days once it’s left the brood. The new bee will take on different roles in the colony over it’s life, from caring for the brood to foraging for resources. The Queen will live much longer. The newly emerged bees start out white.

Depending on your location, in Winter some morning sun to warm the hive early and shade for the rest of the day is ideal. The Australian Native Stingless Bee Hive is perfectly safe to keep in your backyard, verandah or patio as they don’t sting or annoy people, though they can swarm so might be best to keep the hive away from your back door. During our hot Summers the bees don’t need any morning sun.

The bees don’t leave the hive until temperatures reach 18 degrees so the hive can get a little quiet in winter. They can handle very cold temperatures but not for too long. If it’s too cold it restricts their ability to gather resources like Nectar and Pollen. They don’t like extreme heat either. Temperatures that reach 42 degrees have been reported to kill the bees. Always provide a good roof on top of the hive for Sun and Rain protection.

Hives produce 500 grams to 1 litre of honey per year, also known as Sugarbag. Honey can be removed from the top section of the hive, “Honey Super”. If you’re splitting a hive it may be best to leave the honey there as the bees may need the resources to recover from the hive split. The honey has a higher moisture content compared to European Honey Bee honey and has a citrus to sour kind of taste.

Stingless Bees can create their honey pots everywhere within the hive but it’s commonly thought they will store their honey further away from the entrance, and place Pollen nearer the entrance. Most boxes will have a extra frame on top that is separated from the brood area, this is called the “Honey Super”. The bees are more likely to fill that area with honey pots.

The bees can travel around 500m distance from the hive to collect resources. They may travel further if they need to. (European Honey Bees travel 5km away from the hive). Male bees will travel further to mate, possibly many kilometres from the colony and never return.

Stingless Bees will not abandon or just leave a hive. If the Queen dies and there’s no new Queen created then the hive will slowly die out. A new Queen should be created and the colony will continue. Many people say the bees just left. It’s more likely the colony slowly died out.

A strong colony is usually able to defend itself against all pests. If the hive is weak, no Queen or low numbers then it will be more susceptible to pest attack. A common pest is the Syrphid Fly. It can lay it’s larvae in gaps. The Larvae can enter the colony and turn it to mush. Phorid Fly are half the size of a stingless bee and very fast so they can enter the hive and evade the stingless bees. Phorid Fly can lay eggs in the hive and the larvae can destroy the hive.

Bees can help pollinate many different crops for Farmers, and also your backyard garden. Many crops and even your backyard fruit and vegies will benefit greatly from pollination.

You may notice fighting swarms and also mating swarms. One colony may be trying to take over another, or there might be bees from multiple colonies competing to mate with a new Queen. There may be thousands of bees swirling in the air. This could continue for weeks or months. Fighting bees can lock on to each other and will never let go. You may have thousands of dead bees locked together on the ground.

Research has shown that Males can travel many kilometres to find other colonies for the chance to mate with a Virgin Queen. These males don’t return to their own colony so will gather with other males and hang out over night. Photo shows hanging on a spider web though they will gather anywhere on thin twigs or chicken wire for example.

Did you know Bees have five eyes? The three other eyes are called simple eyes or Ocelli. Notice them on the top of the head. They don’t see images but detect light…

Boxes that suit the Stingless Bee

“Original Australian Trigona Hive”. There are many different designs for Stingless Bee boxes. Many of those designs are very similar. Rectangle, square, octagonal, it doesn’t make any difference as native bees will adapt to any shape.

Stingless Bees always are purchased in their own box. You can’t buy a colony by itself and then add it to a box. The empty boxes you see available for sale are intended for people that already have a box of bees and want to split or bud a new colony from the old one.

Depending on the success of the colony and the amount of resources the bees have built up, the hives can be split, usually once a year in the warmer months though they would benefit by not being split so often so they can build and maintain a strong hive. It’s not necessary to split a hive if you don’t want to. The bees will carry on quite happily without being split. Hives are usually split in the warmer periods of the year though they can be split all year round in some areas. After a split you can place the second hive anywhere you like, even as close as on top of each other though they may eventually interfere with each others flight path.

Budding or Eduction are terms used to describe another form of colony duplication. This is done by connecting an empty box to the full colony. The bees travel through the new empty box to exit the colony and over time will create a new colony in the empty space. This process can take from months to over a year.

In Winter you may find it difficult to purchase a Native Bee Hive as people don’t want to disturb the bees. The cold temperatures and short days mean the bees aren’t very active. Moving or placing a new hive may further disrupt the hive and increases the risk of loss. See a list of sellers for Native Bee Hives including bees here: www.aussiebee.com.au

Native bees collect resin from the Cadaghi tree and sometimes the seeds stick to their legs and they deposit the seeds outside of the hive. The seeds may build up outside the hive but this doesn’t seem to cause any issues for the bees. The Cadaghi Tree is native to north Qld but is classed as a weed in Brisbane. http://weeds.brisbane.qld.gov.au/weeds/cadaghi

Popular species of Stingless Bees on the east coast of Australia

Pests that can destroy hives:

What are they talking about?

To find out much more detail about Stingless Bees, and other native bees, I’d highly recommend Tim Heards book, The Australian Native Bee Book. You can find it at https://www.nativebeebook.com.au

*This is not a paid advertisement!

*All photos on this page are taken by me, of my bees and hives. 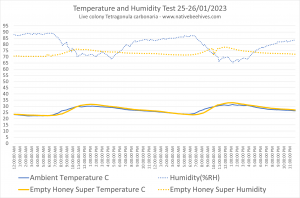 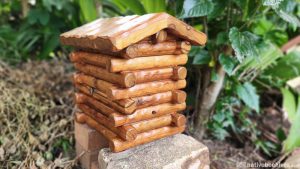 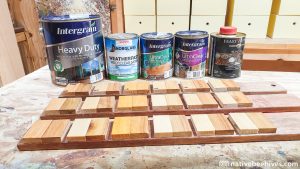 I’ve added a couple of new products to the list. 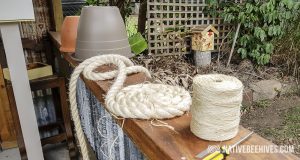 The Dictionary describes a Skep as “A straw or wicker 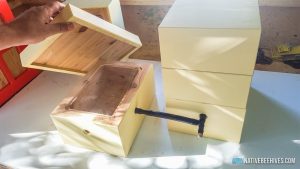 This article follows the progress of one of my Budding 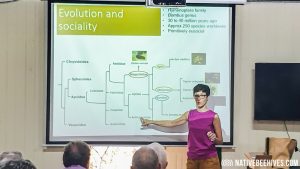 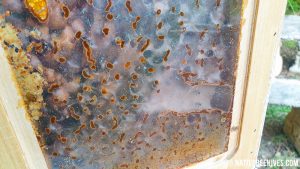 If you keep looking you wont be able to see! 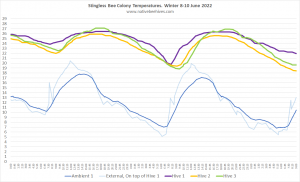 Lets make another “Can of worms” chart! There’s so many 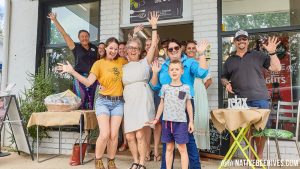 The Bee Healthy Festival held at Canungra Qld was organised 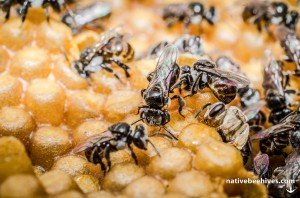 For Methods 1 to 4 you will need an existing hive 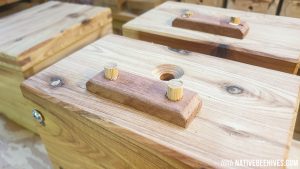 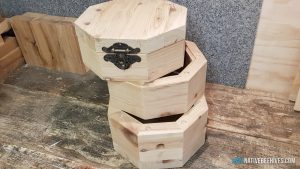 This article follows the progress of this box from 2017