I decided to set up one of my Log Cabins for Budding (Hive Duplication). This process could be done with just about any kind of empty box. I thought it might be better to do it this way than to split a hive because then you will have to split it back after a year to get the matching top and bottom boxes.

Having the removable top (honey super) and the clear Perspex windows allows you to check the progress for a while, atleast until the bees block it out with their structure. 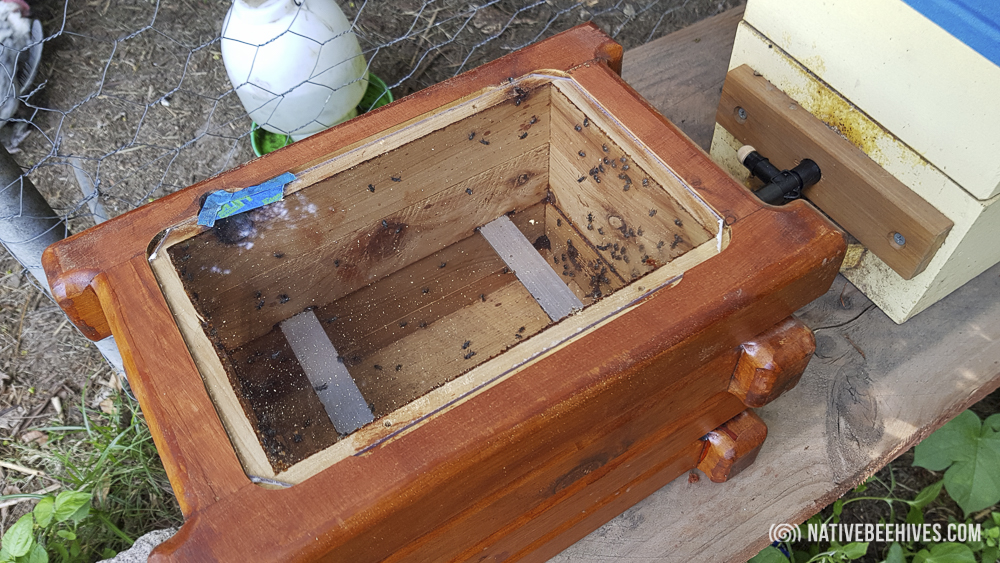 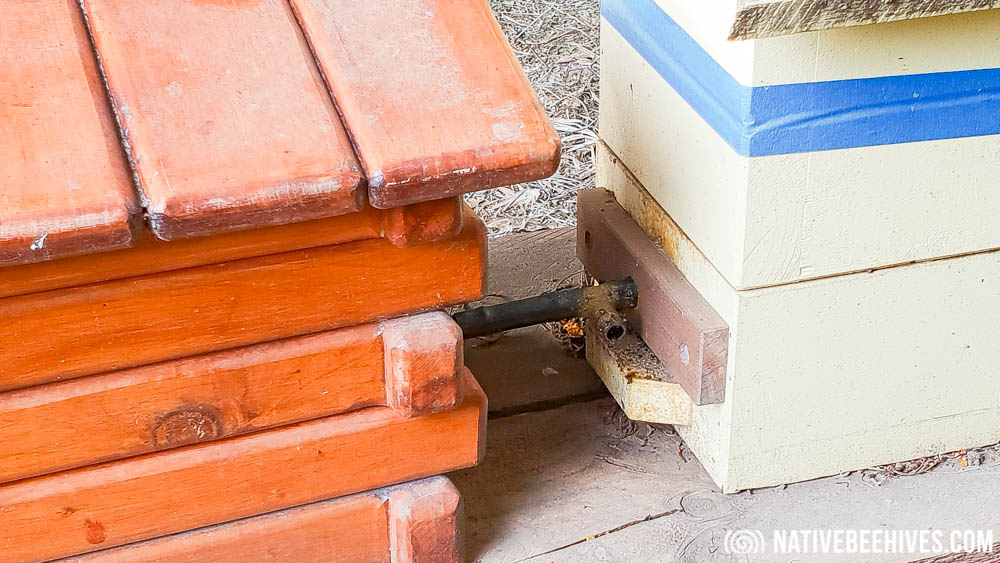 I’d like to say that i checked the box and noticed brood, but it was actually Melissa – Sydney Stingless Bees that was looking and noticed it. This is roughly one year from starting the budding process. It also demonstrates that sometimes the bees don’t block out the clear window as it was still fairly clear. 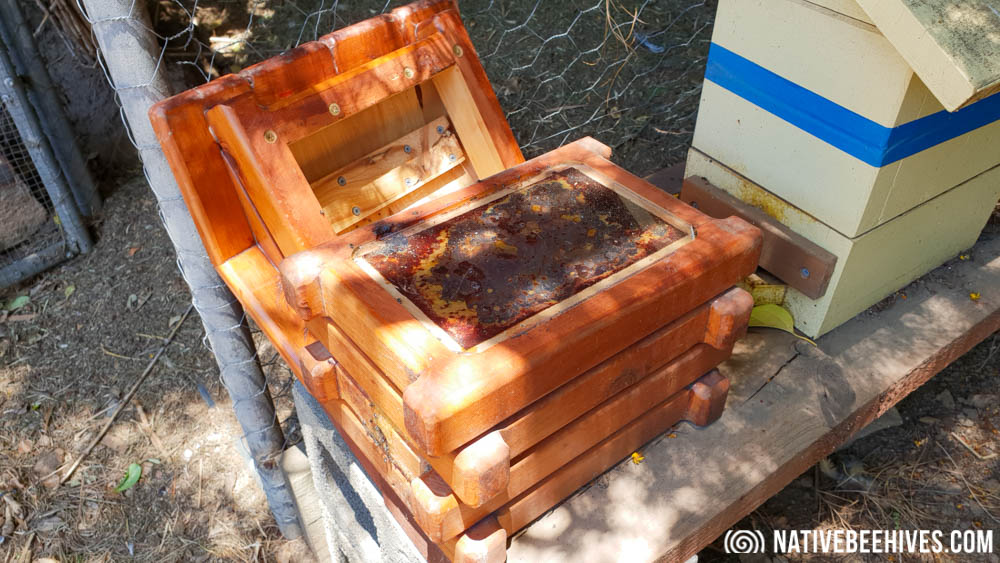 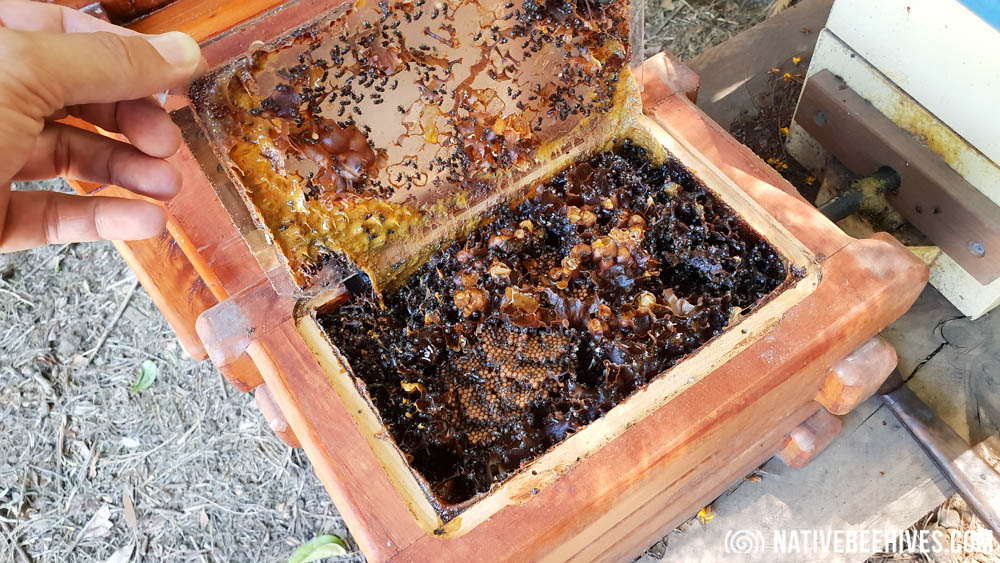 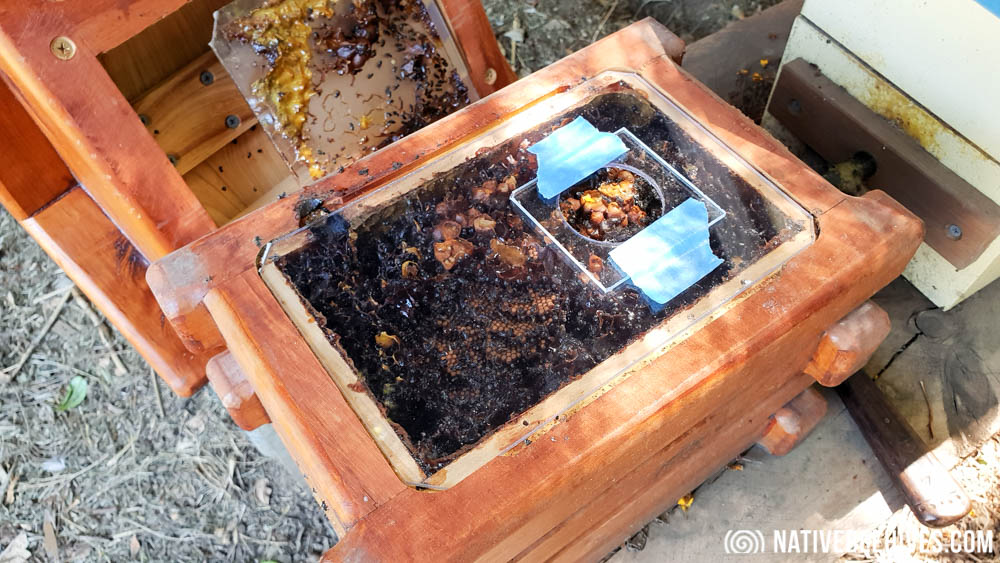 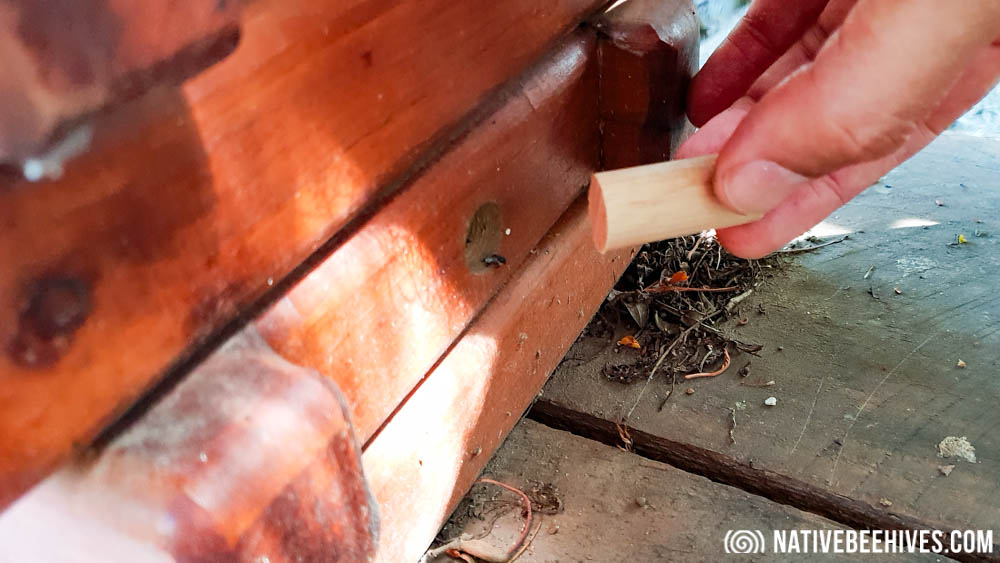 I just angled the rear hive a little so the bees that were using the T piece entrance can still find the hive. I might move one of these hives to a new location to clear some space so the flight paths don’t interfere with each other. Sometimes if the bees flight paths cross each other too close to the hive, one colony might close off the front entrance and start using the rear vent as the entrance. 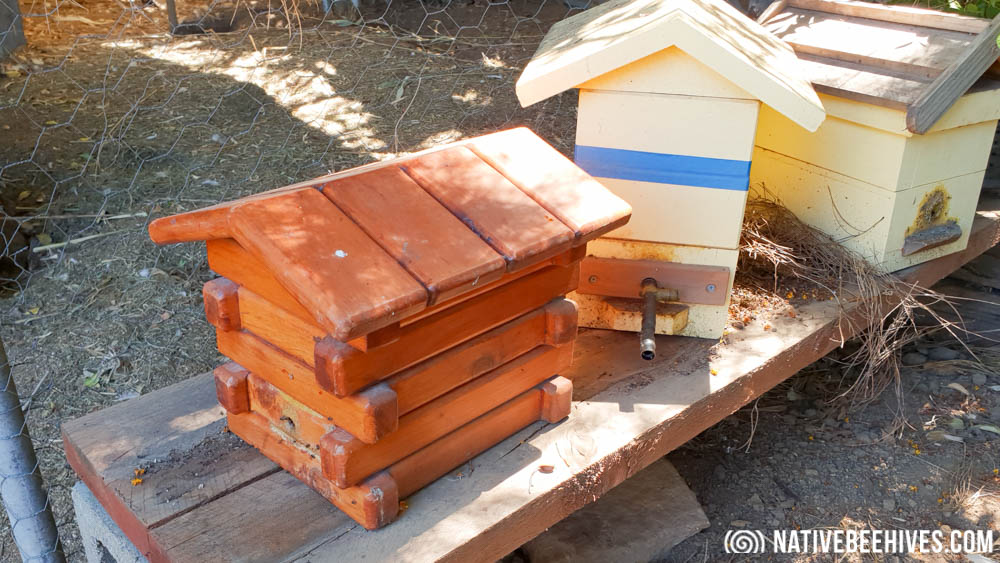 Below: How cool is the clear resin around the entrance! 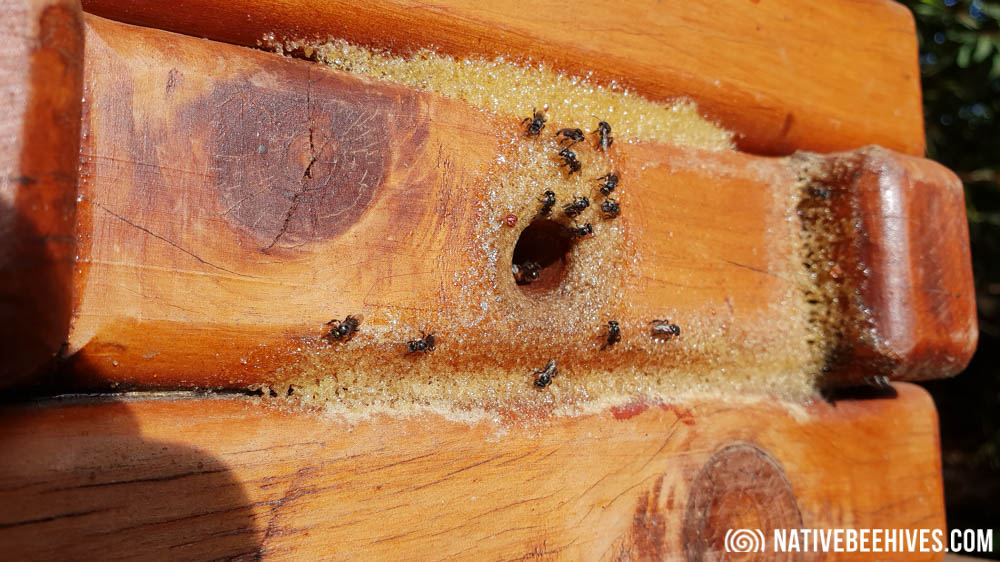 on to the next one!