For Methods 1 to 4 you will need an existing hive colony – either already purchased or naturally occurring on your property.

Methods of creating a new hive

You already have a native bee hive and are separating it in half and adding your new empty box parts to create a new hive colony. Splitting is usually done between September and March or the warmer months of the year and only if the colony is strong. The box should be full of structure, stores and brood. If the colony isn’t strong then you shouldn’t be splitting it and maybe wait for another year. Colder areas may mean slower colony growth. Search YouTube for videos, eg. “Splitting a Native Bee Hive – Melissa” 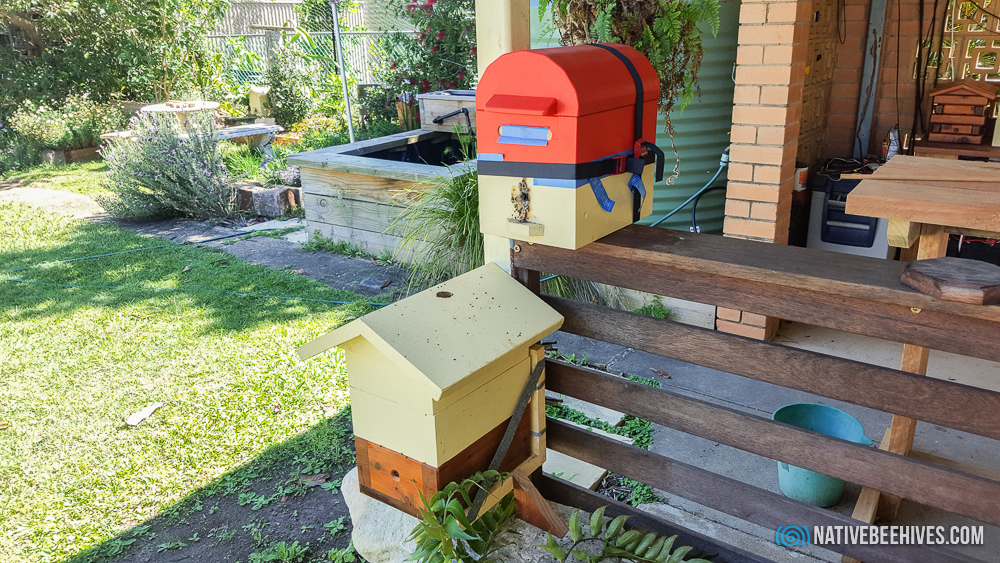 Moving the whole existing colony to an empty box. This is usually done if the old hive structure is old and falling apart, like an old rotten log or an older failing box, or even in your watermeter box. You may find a hive that has built up it’s colony under a pot plant or drum on your verandah and you want it moved. Transferring it to a box could save it and be an interesting addition to your verandah. If you find one in your watermeter box you may want to transfer it before the council remove or destroy it. Hopefully most councils have knowledge and experience with this situation and don’t destroy them. 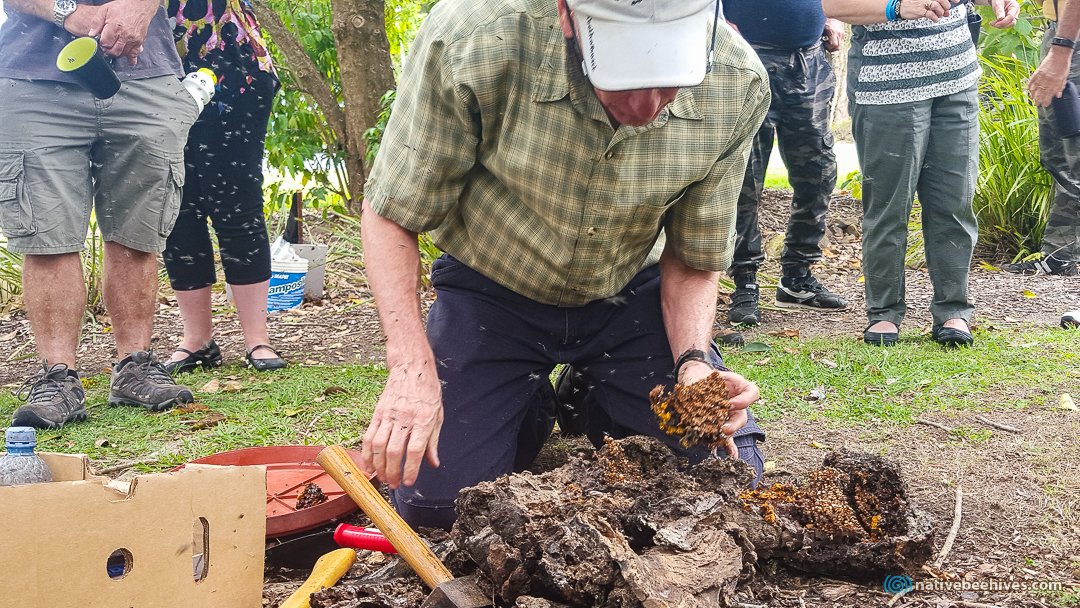 Connecting a new empty box to an existing hive colony and forcing them to enter and exit via the new box. Some people have great success with this method but there is a lot of unsuccessful attempts so experience helps. Here’s some more info about it on AussieBee/HiveDuplication 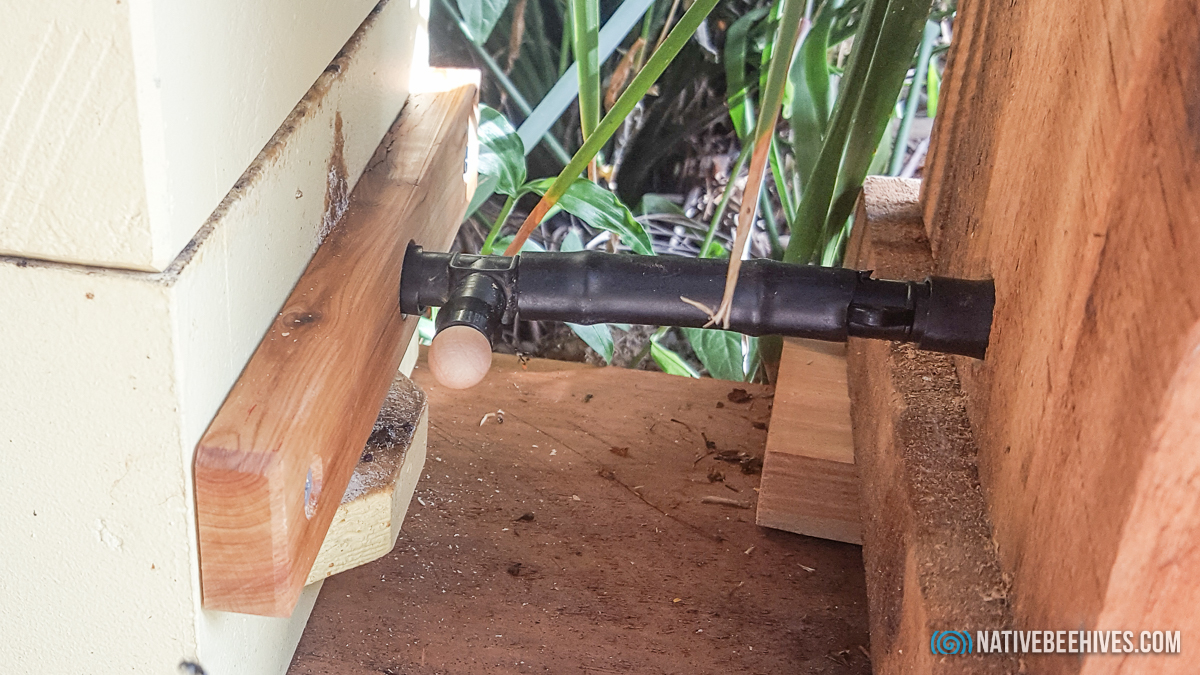 Replacing a full hive colony that is under attack with an empty box in the hope that the attackers create a new colony in the empty box. If you notice bees swarming and dead bees in front of your hive then it may be under attack. You can move the old hive to a new location and place an empty hive in the old location. It would be more successful if you used a box with existing hive material, even a weak failing colony so it could be taken over and saved by the attackers. If you use a clean empty box the success rate is low.

Tip: If you can trap a large number of bees inside the box, add some brood from another box and then move the box to a new location a few kms away. This will hopefully discourage the bees from abandoning the new box.

Warning: Swarming bees could actually be from your own hive and if you move the original hive away and place an empty box in it’s place you might just be trapping your own bees and they might all die and you have just weakened your original colony.

Placing an empty box in an area that may attract native bees to investigate and create a new colony inside the new box. Use Propolis (Native Bee Wax and Resin mixture) around the hive entrance and inside the box to make it more attractive to the bees. Success rate of this method is very low, and even unlikely, but it doesn’t hurt to have a few empty boxes sitting around, it’d be like winning the lotto wouldn’t it?!